A delicious and creamy Boston Clam Chowder packed with veggies and served in homemade bread bowls. The ultimate way to enjoy something comforting any day of the year and better still you can eat the bowl and use it for dunking. What Is Boston Clam Chowder?

New England clam chowder, occasionally referred to as Boston or Boston-style Clam Chowder, is a milk or cream-based chowder, and is often of a thicker consistency than other regional styles like Manhattan clam chowder that is tomato based.  Boston Clam Chowder features potatoes and a rich creamy white base. What Do I Need To Make Boston Clam Chowder?

For this recipe you will need:

Incase you weren't familiar with a leek, this is a leek. It's basically a larger green onion that when heated, kinda melts into the soup, where green onions generally hold their shape better. I love the melty leeks...

This calls for clam juice, and YES, I shudder a little when I hear that too, but it really boosts the flavor without being fishy. I promise. You won't even know. It should be right next to the canned clams. How Do You Make Clam Chowder From Scratch? 5. Pour in clam juice and diced clams along with liquid and simmer until potatoes are fork tender.

6. Meanwhile in a medium saucepan prepare a roux by melting ½ cup of butter.

8. Slowly whisk in half and half. 10. Add in seasoning and simmer to combine.

11. Serve in bread bowls if desired. What's The Best Way To Thicken A Chowder?

The best way to thicken this Boston Clam Chowder is by making a roux. It's a base of butter and flour that is cooked for a minute or so before slowly adding milk to create a thick white sauce. The important part is to constantly whisk the roux as you're slowly adding the milk to avoid any lumps forming.

The simple answer is there isn't a difference between Boston Clam Chowder and New England Clam Chowder.  Chowder basically means a soup that is made with a roux base (as explained above) and there are SO many chowders out there.

Take Manhattan chowder for example it's made with a tomato broth base and it's really delicious. The Boston happens to be our family favorite, what's yours?

Why is is called Boston clam chowder?

One of Boston's oldest and most famous restaurants, Union Oyster House has been serving clam chowder since its beginnings in the 1850s. They've stuck to the same recipe, because why mess with something that's survived decades? Featuring fresh clams and plenty of history, this bowl is rich and creamy, a true classic.

What are the two types of chowder? 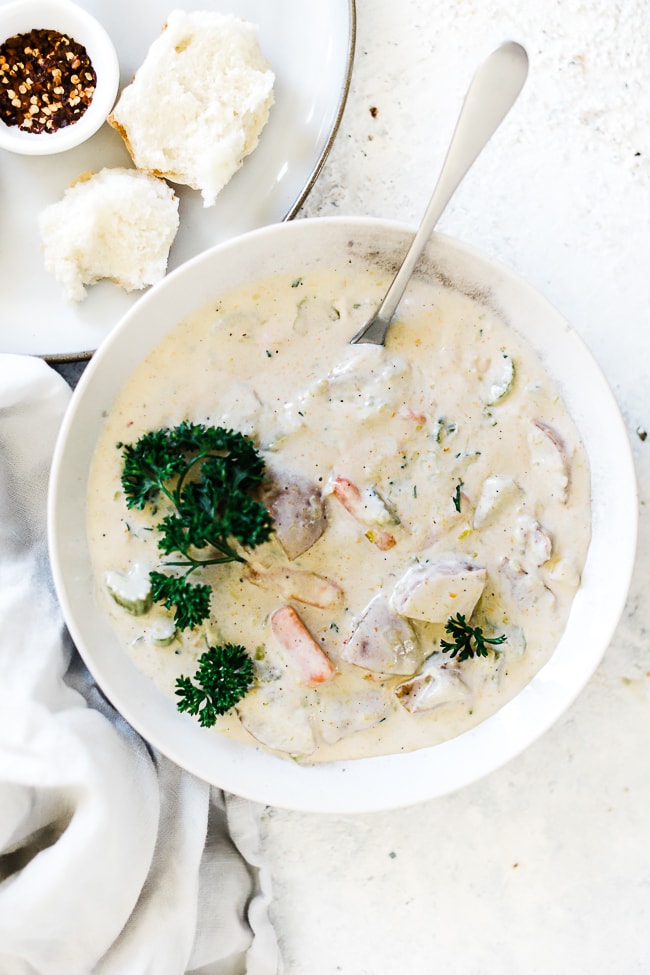 I Love Soup Season!  Do You Have Other Recipes?

Yes! Check out our: What Should I Serve With Boston Clam Chowder? 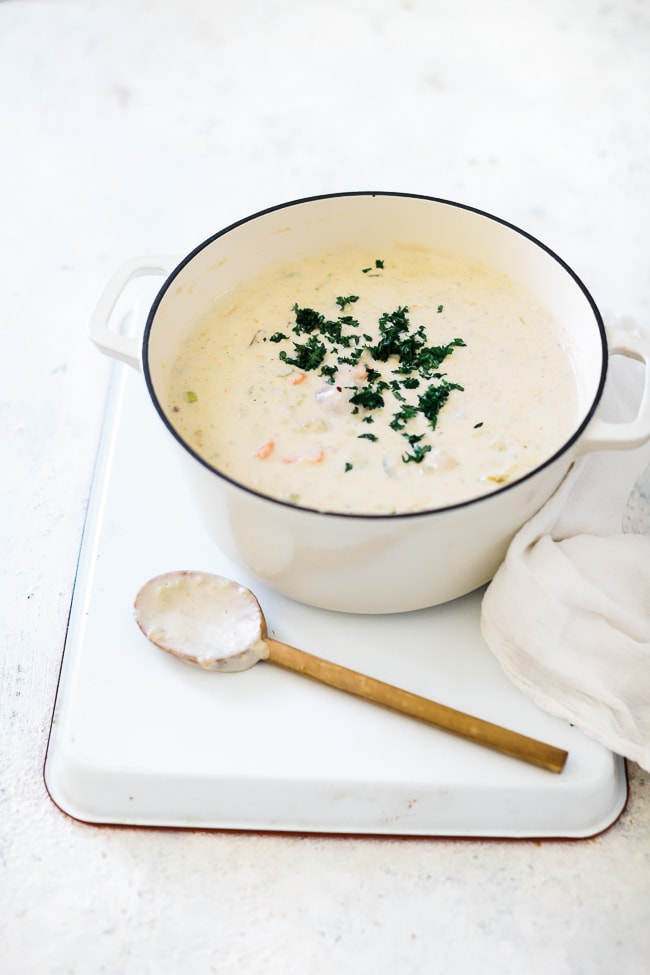 *If you cannot find clam broth or juice, you may use chicken broth, or even water to reach desired consistency.