On our final day we ventured into Liberia to try a famous restaurant. The restaurant is owned by 3 brothers, first it started out in a tiny house but their food was so good it grew and grew. It's now about 3 houses combined and basically takes up a whole block. They had all sorts of delicious sea food, casados, fried rice and for dessert flan cheesecake. I really wanted to recreate this dish so we could make it at home. They served it out of little ramekins and I thought it would be perfect to do these in the pressure cooker. Pressure cooker flan cheesecake is so easy but tastes like a million bucks. 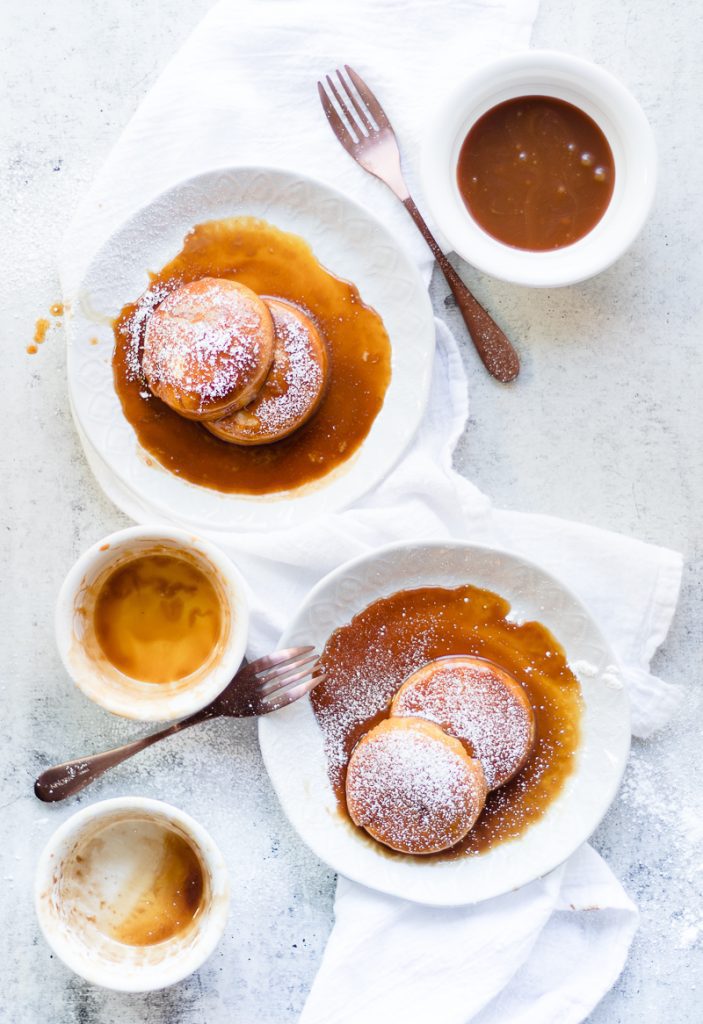 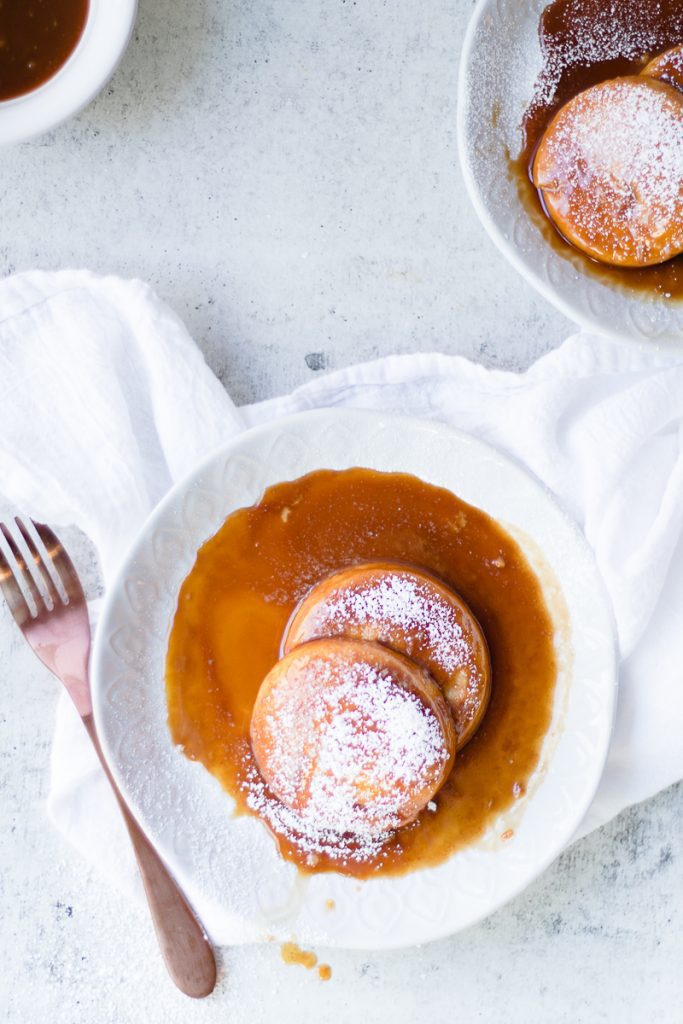 Start out by making the cheesecake filling. The only trick here is making sure that the cream cheese and eggs are both room temp. Use beaters to mix it quickly and make it fluffy. 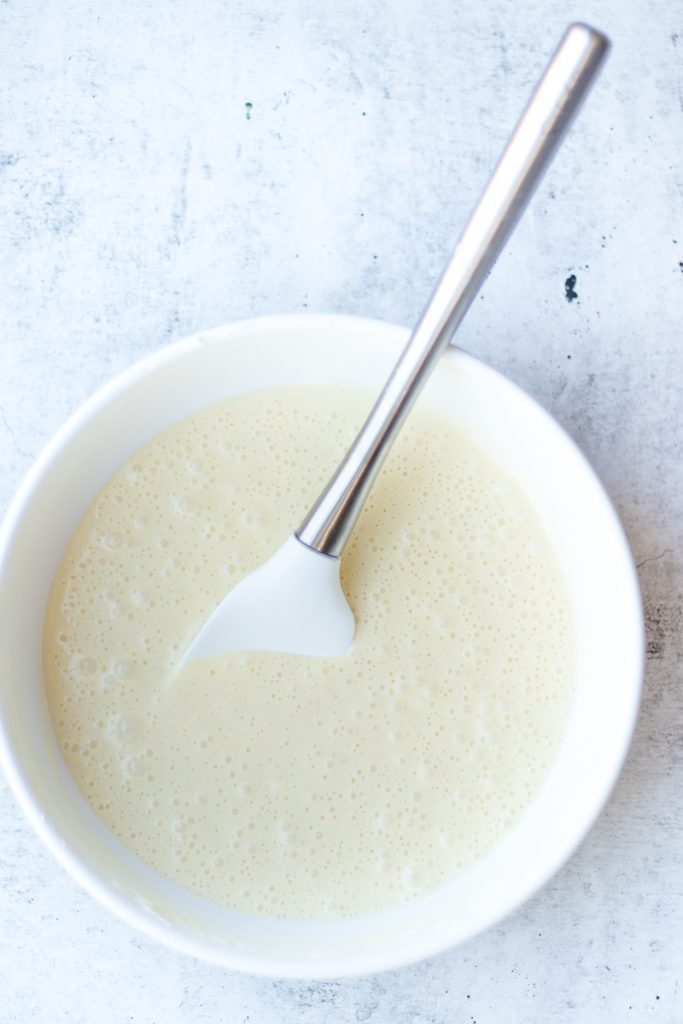 In individual ramekins pour a couple of tablespoons of caramel and swirl it around so it goes up the sides. I 100% think homemade caramel sauce is in order. If your gonna make a cheesecake you might as well go the whole nine yards and make it the BEST cheesecake you've every had. Making a caramel sauce is not too complicated and you most likely have everything in your pantry all ready. I have a video and step by step tutorial already for you right here. 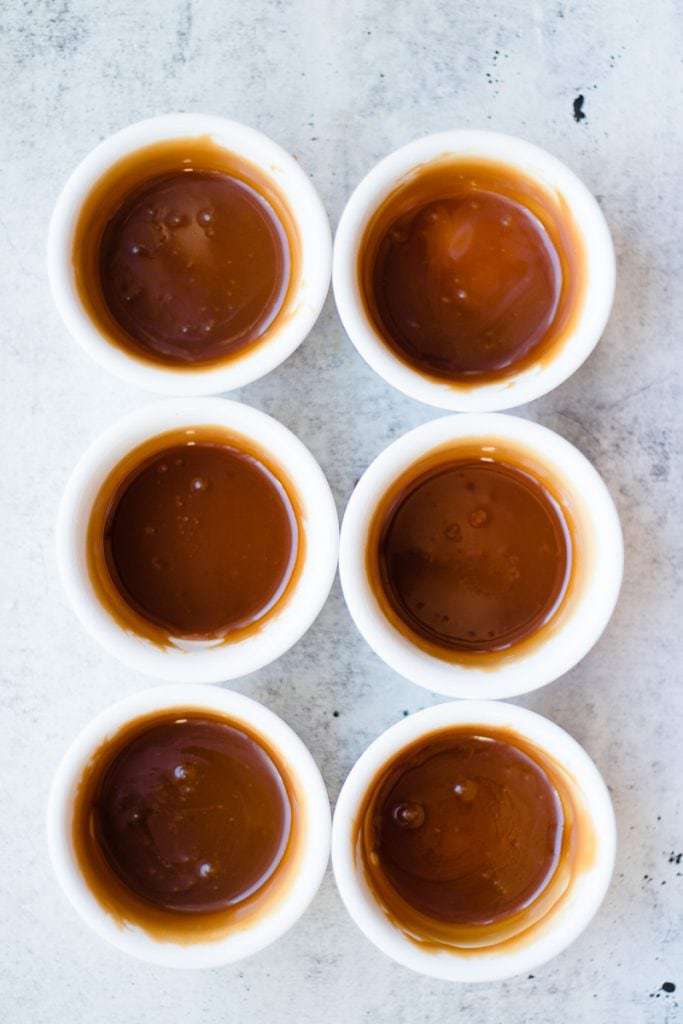 Then spoon in your cheesecake filling. You want to leave about half and inch to one inch space at the top. 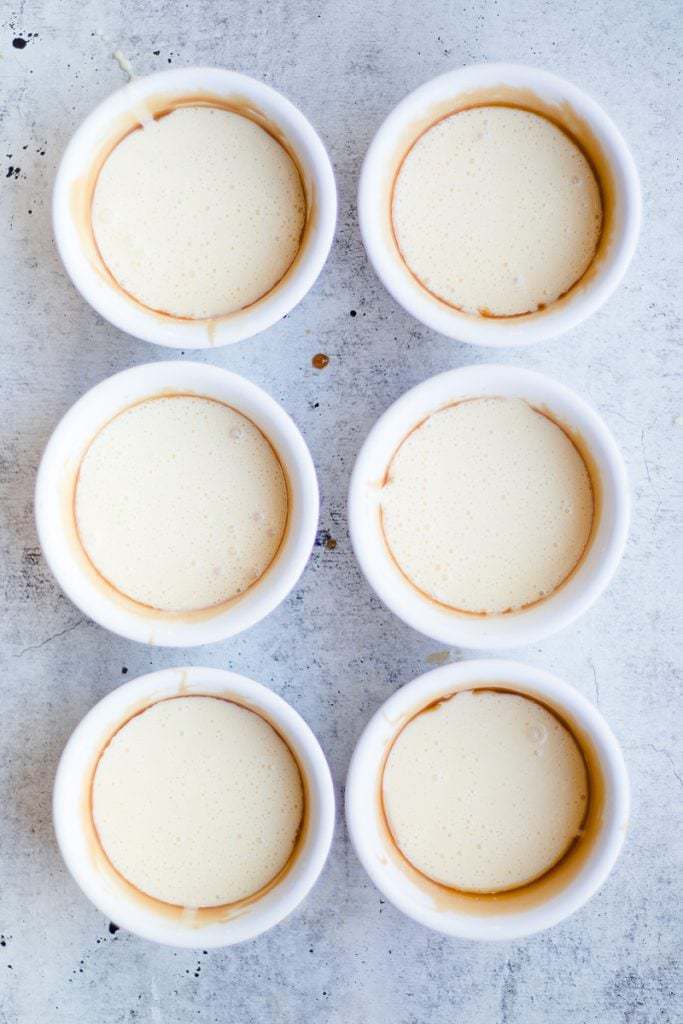 To load them in the pressure cooker you will want to layer them with trivets. If you have 2 trivets that is best. If the bottom ramekins are placed directly in the water they can get too much steam that it will condense in the cheesecake and make them watery. So setting them up off the water helps prevent that. 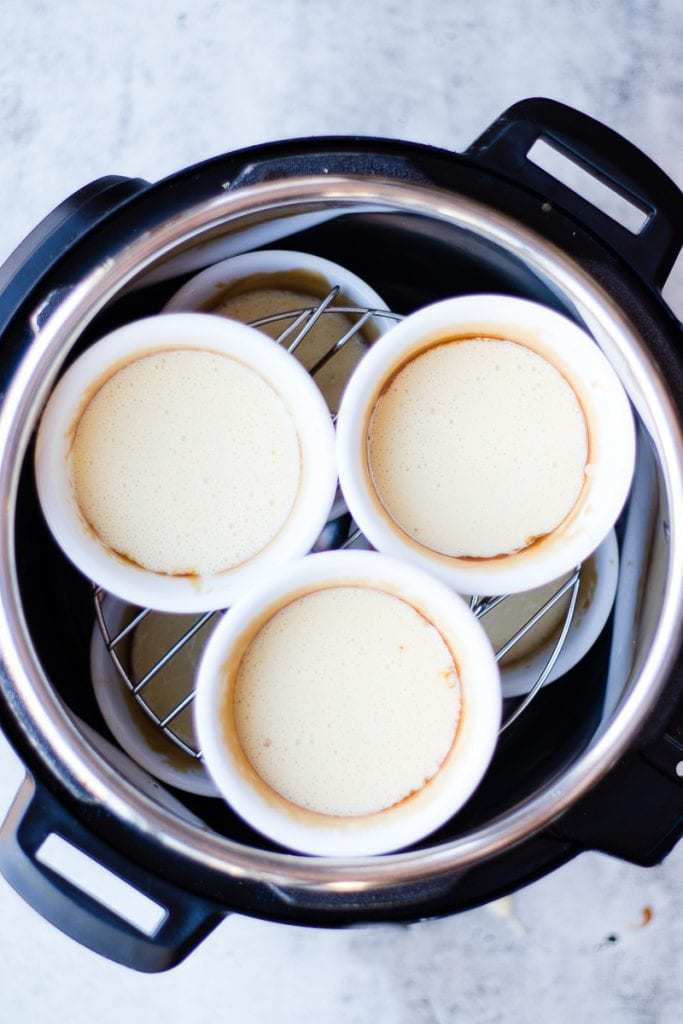 Pour 1 cup of water in the bottom and place a trivia down with 3 ramekins. Your ramekins might be a little smaller or bigger than mine. Test out their fit before you have them full of filling. I could fit three on the bottom, add another trivet and layer 3 more. 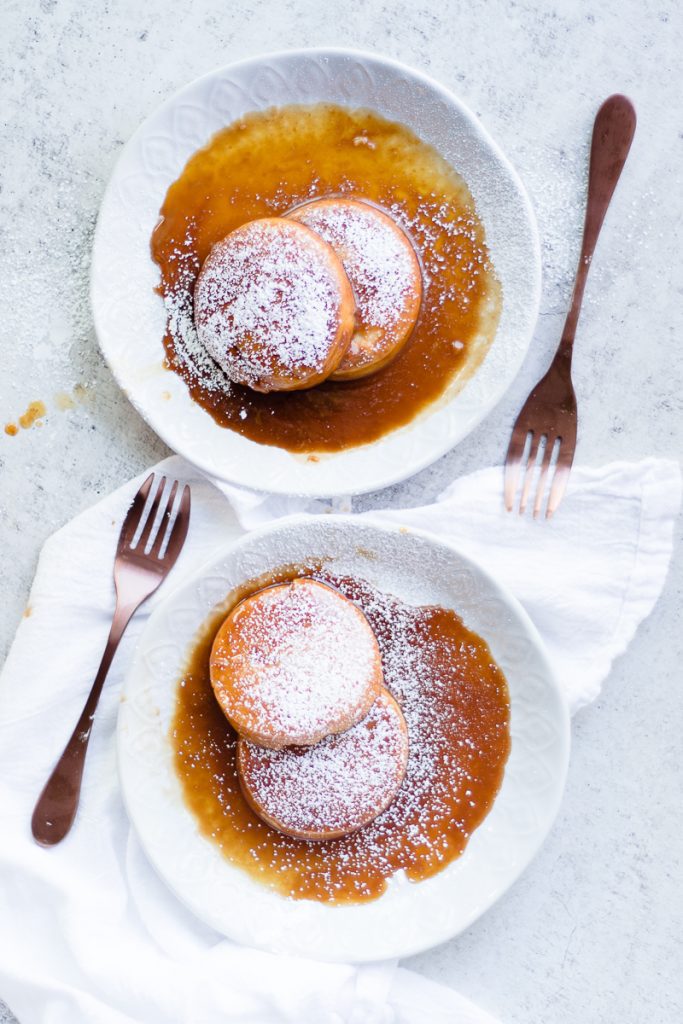 Pressure cook them as instructed in the recipe card below. Refrigerate them for a few hours-over night. When they are ready run a knife around the outsides and flip. I have yet to have any issues with mine falling out easily from the ramekin. If you are having any trouble, let the cheesecakes set out for a bit or run the bottom under a little hot water to soften any caramel.