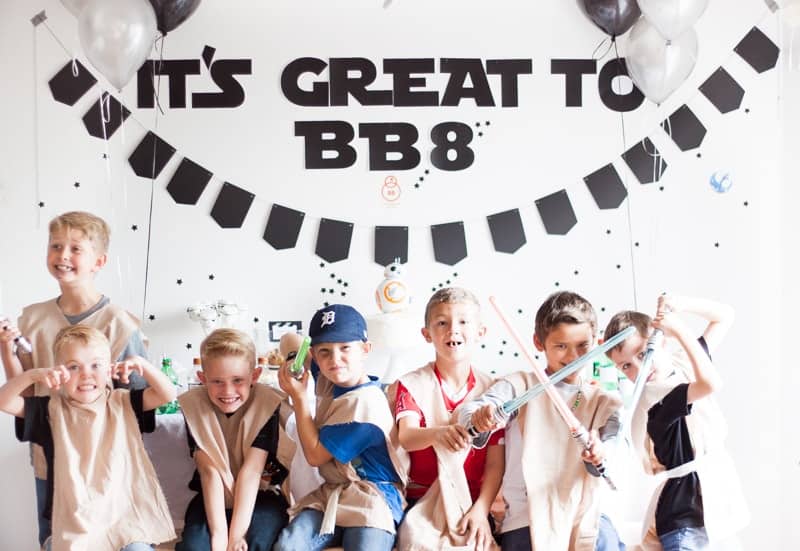 A few days before my son's 8th birthday, he came to me and asked for a BB-8 shirt. BB-8? who is that? "MOM! don't you remember? It's the droid on Star War's. The little orange one?" Ohhhhh. That night as I laid in bed, I realized this is a BIG birthday for him (For our religion it is an important year.) I really want to make this birthday special.  I started to examine the calendar and realized the whole month was full...all except the following Sat. FIVE days away! My week was already packed, how was I going to get a party ready? With the BB-8 t-shirt conversation still fresh in my mind I had the idea of the party theme "It's Great to BB-8." It seriously could not have worked out any better. Him turning 8, right after the great debut of Star Wars + BB-8. Everywhere you turn the stores are packed with Star Wars paraphernalia- which helped make my job pretty dang easy. 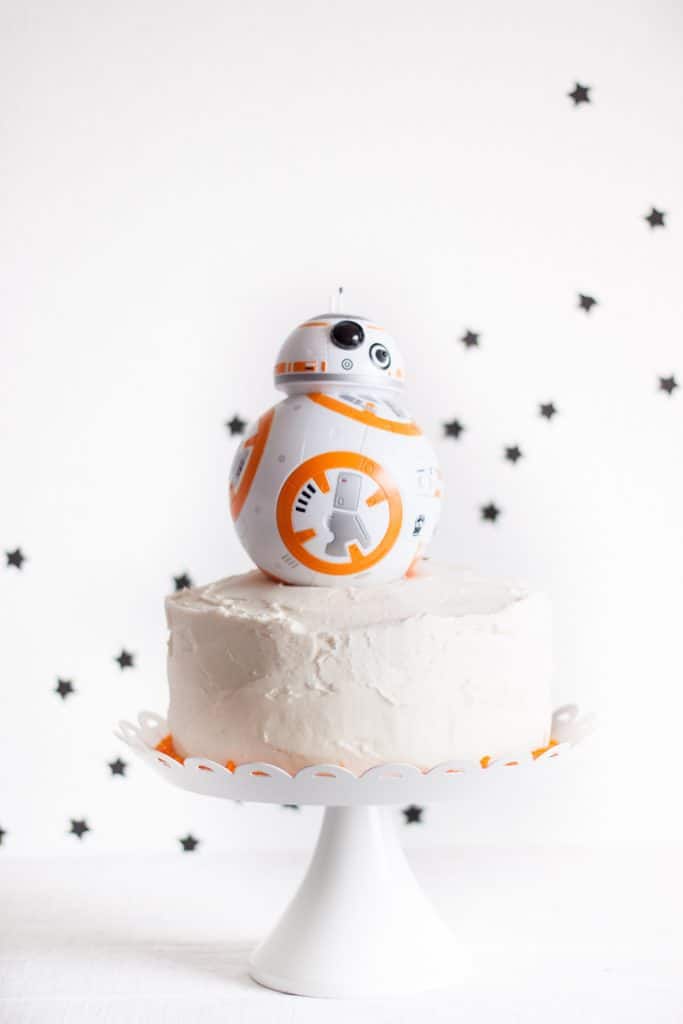 Pinterest is also overload with a million star wars parties, tutorials, ideas, foods! They are all very fun, clever, and very time consuming. And common, a bunch of 8 year olds are not really going to care about fancy decorated food cards. So I picked what worked for me. The easiest and cute. I will link it all for you here!

Lets start with the Food- since, this is a food blog.

Using black and white washi tape we adhered paper straws to the sides of individual servings of Root Beer and 7UP. We put a simple label on and the boys found it all hilarious. You can find free printable labels for food all over pinterest. 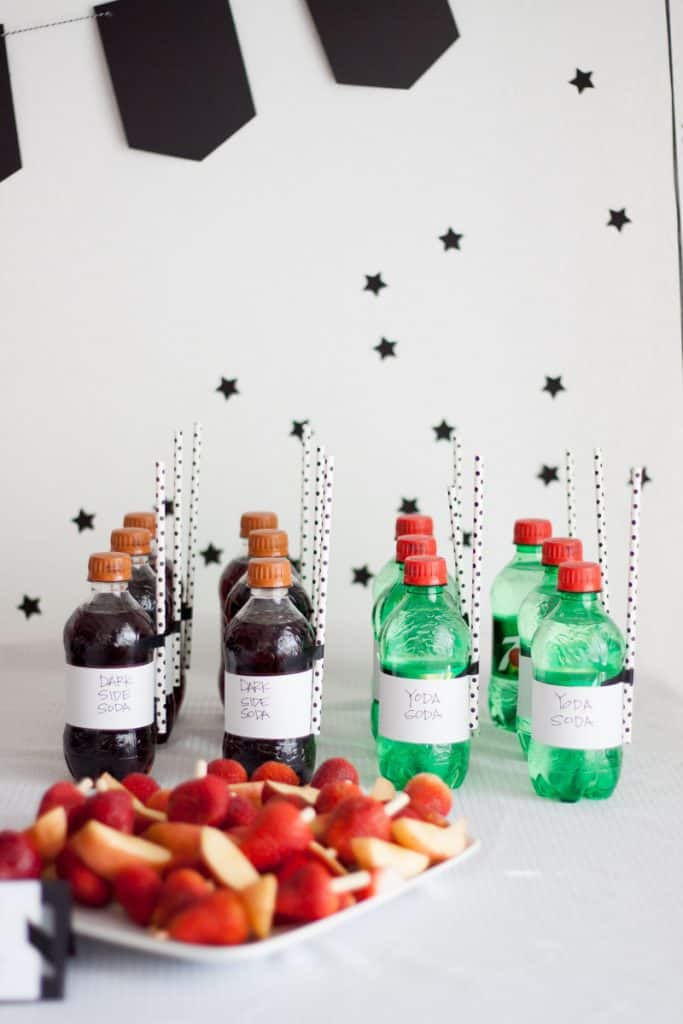 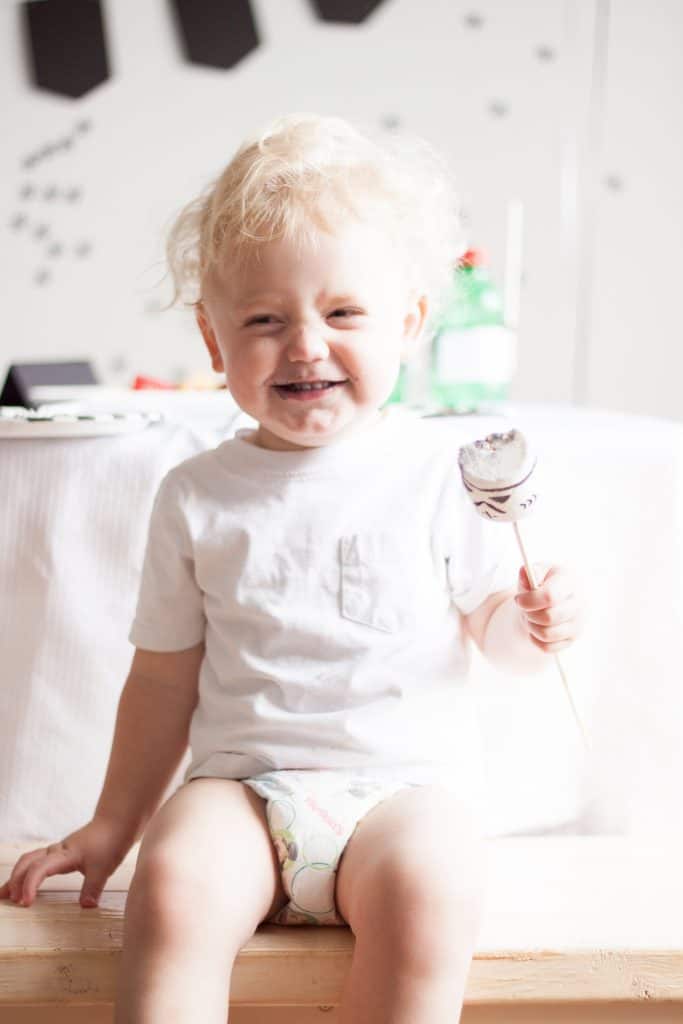 With gel black food coloring and small paint brushes we painted their faces. I used this link to paint faces like them. 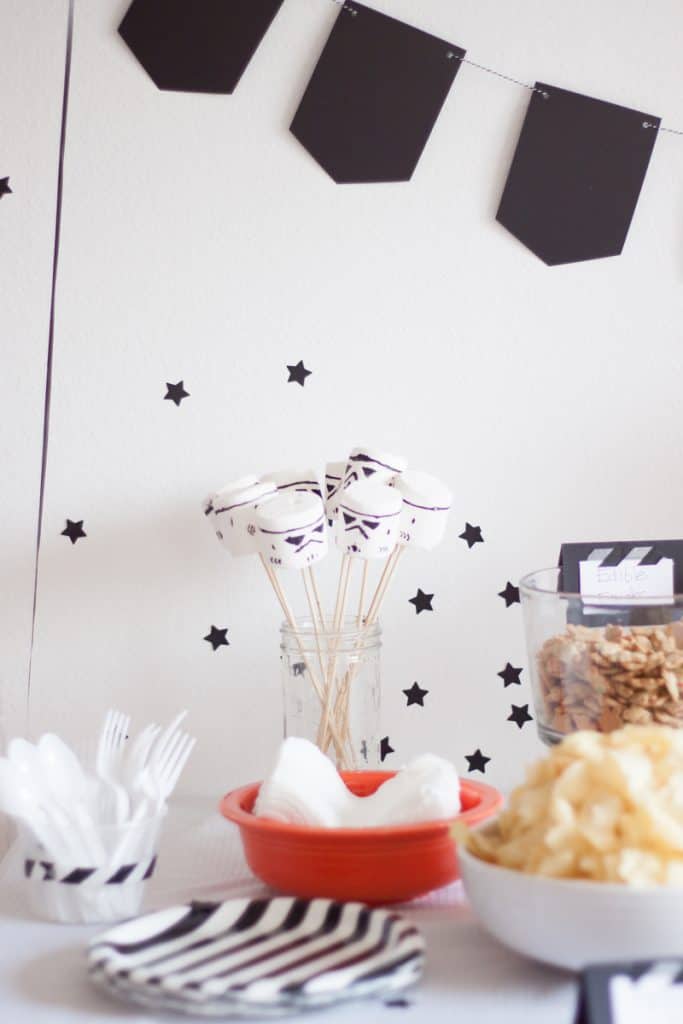 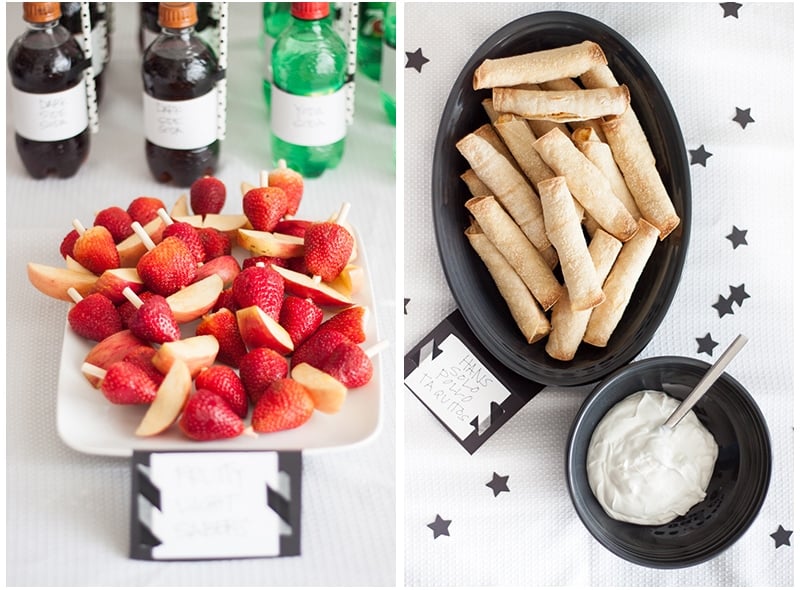 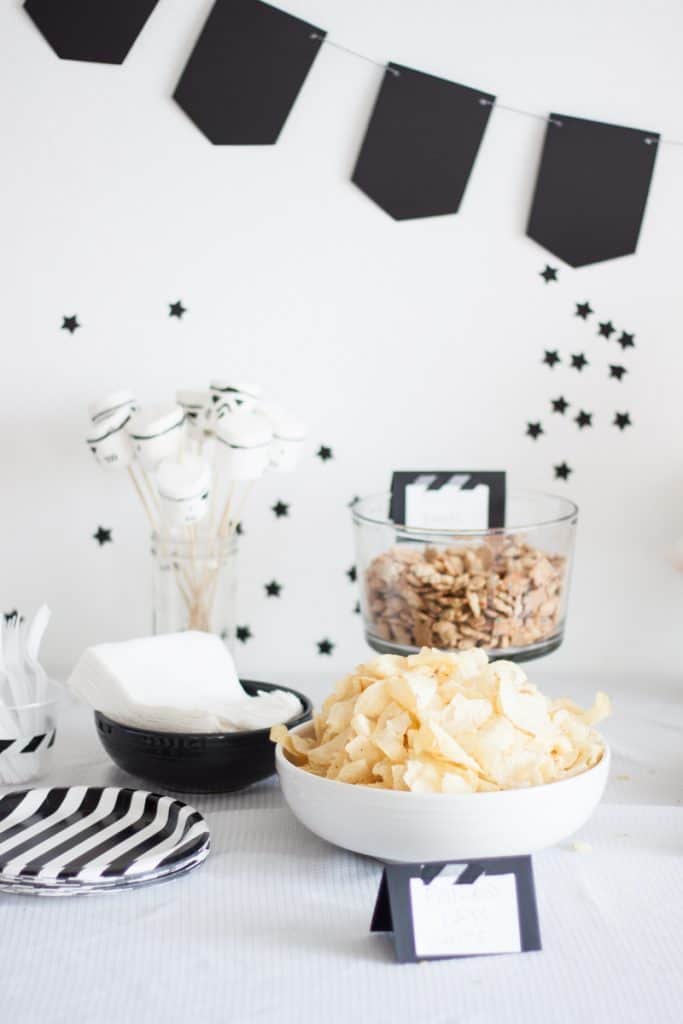 The Jedi's sat on my favorite  Gathre mat  with their light sabers, yoda soda's and happily ate! They were starving after all the playing. 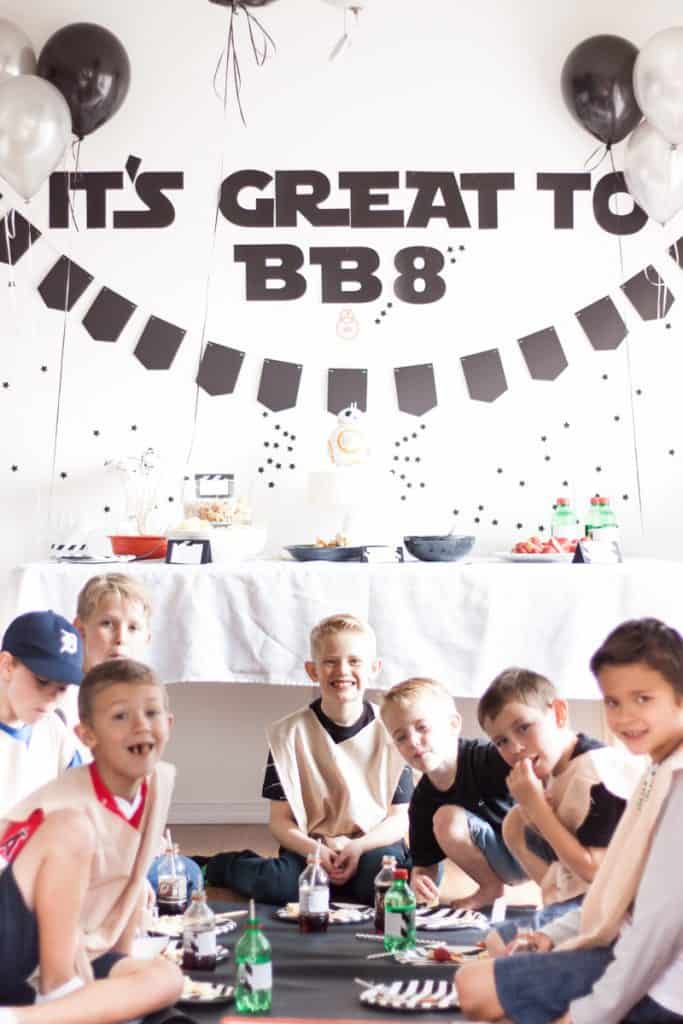 I downloaded THIS Star Wars Font and printed on card stock. Using a level and large ruler we hung it up with double sided tape. I also bought this STAR PUNCH. The black banner was a whopping $4 at Target.

These BB-8 Wall Decals are amazing. We used them all over the house. Including using the large one for 'Pin the Antenna on the Droid.'

But the little guy above the cake is my favorite.  He is perfect.

I found the cake BB-8  at walmart, but it is CHEAPER here on amazon!! It is an alarm clock. ha! so it can double in uses. Really, though. I was desperate to find a BB-8 figurine and the stores didn't have a single one. This is literally the only BB-8 I could find. But he worked perfect. It was so much easier to make a regular cake, frost it and top with a wicked cool BB-8 than to actually make a BB-8 cake. I ain't got that kind of time people! haha
. 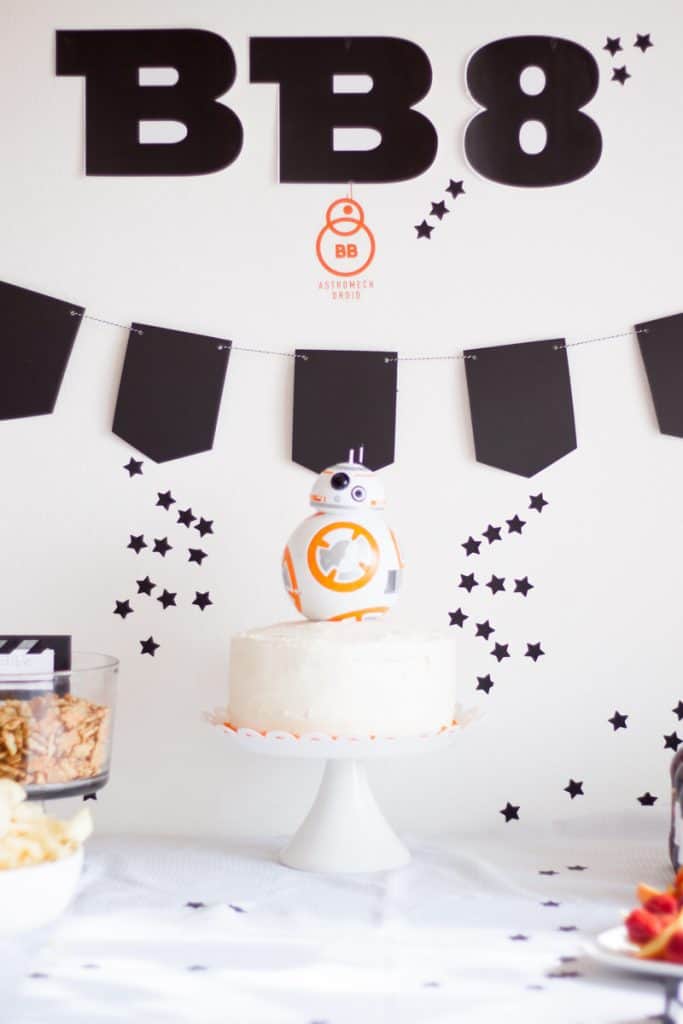 For the cake I used 2 boxes of Milk Chocolate Cake mix,9 inch cake rounds, and THIS amazing Butter Cream Frosting Recipe. I did dirty ice it the night before, stick in fridge, and make a second batch of frosting for the final coat. Also- this is my cake stand.

This blog has an excellent tutorial on how to cut the fabric for an easy Jedi Tunic. I did use more fabric than what she recommended. I went to Joann's and bought inexpensive muslim cotton in tan, dark brown, and cream. I cut them about 15 inches wide (for 8-9 year olds), folded in half and cut a V for the neck.

The Lightsabers were found at the Target $1 section for $3.00. Walmart had them for $4. Other than making them out of pool noodles that was the least expensive option I found! 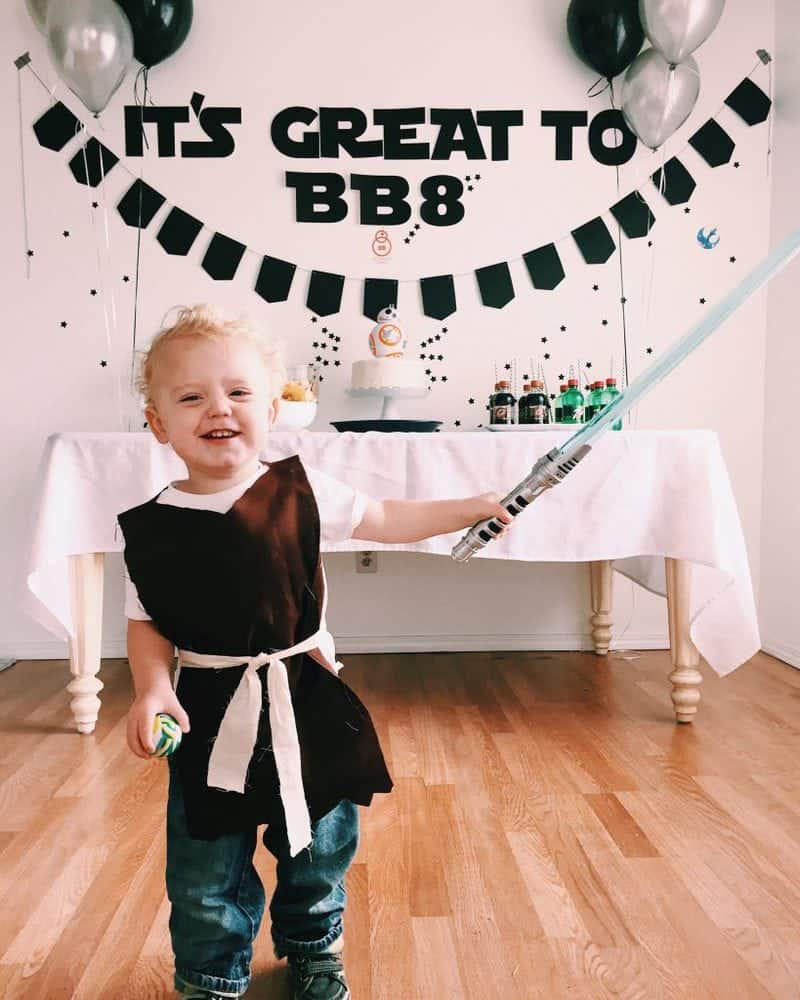 It turned out to be a special day. This little group of boys are really the cream of the crop. They are kind to each other, fun and imaginative, smart and silly. My child is so lucky to have such wonder friends to join him and celebrate him on his special day. 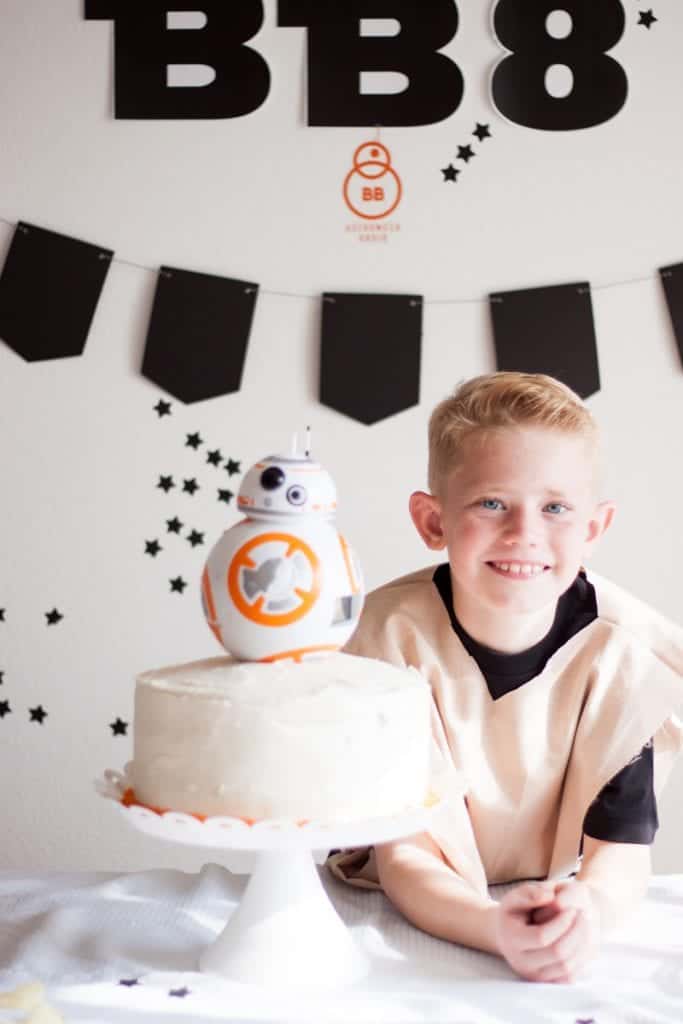 Now that the kids are gone, grab yerself some cake, kick back and sigh that its over! 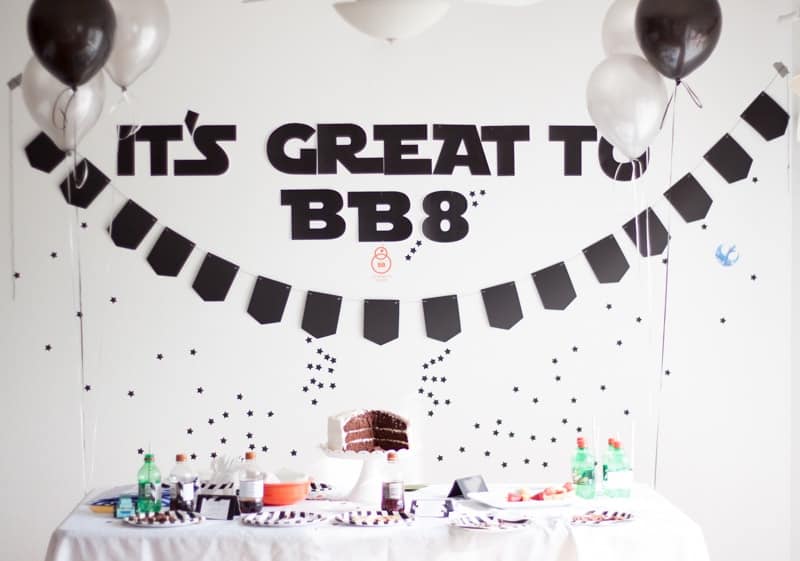 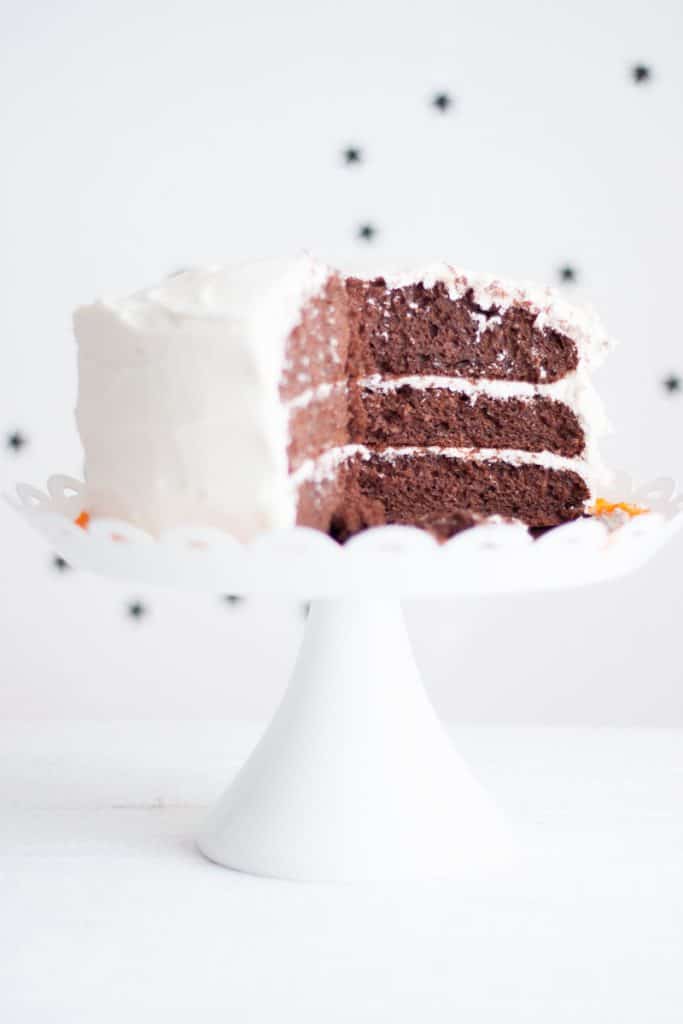