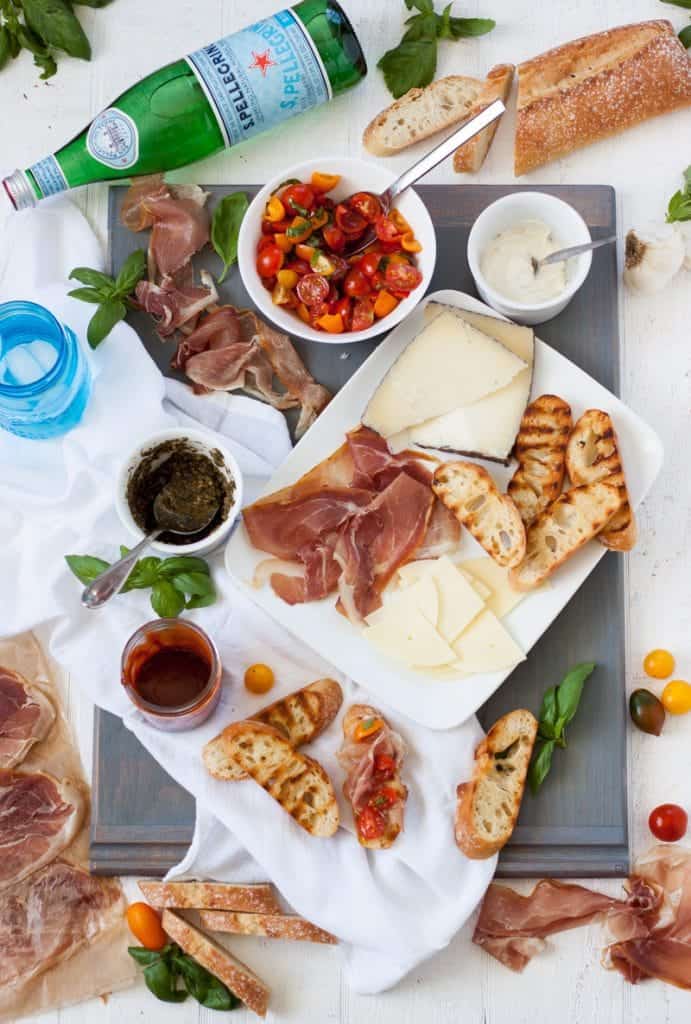 We are excited to be participating in Taste of Spain with Ralphs! A Taste of Spain is campaign Ralphs is running online and in stores! You can stop by any of their locations to taste test, but if you don't live by a Ralphs you can head to this Taste of Spain website for delicious Spanish Recipes and Tips and Tricks on how to cook like true Spaniards in your home!

After spending a lot of time researching Spanish culture, food and recipes I was excited to try some of their most popular foods.  I read article after article about Spain's prized serrano ham. How its made, cured and eaten. They take so much pride in this particular ham. And then I kept seeing recipe after recipe calling for manchego cheese. Who can pass up any kind of cheese? I decided to pile all my favorites- ham, cheese and spanish style bruschetta on a crusty warm baguette for a beautiful tapas.

Tapas in Spain are a variety of appetizers or snacks. 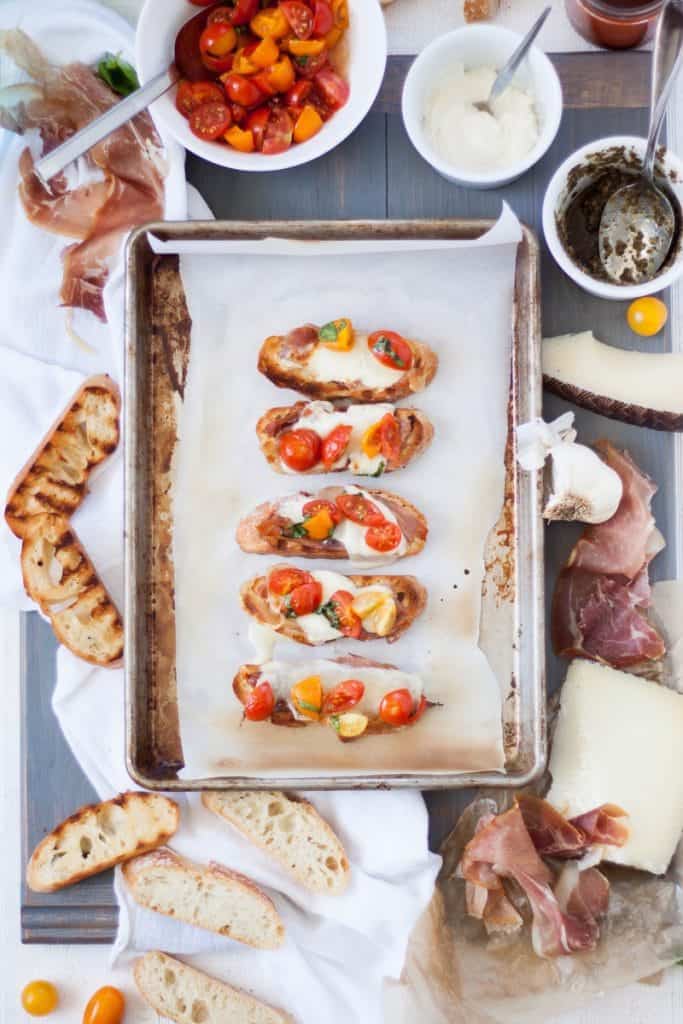 The ham reminds me a lot of Italian prosciutto, many of you may know what that is. Both hams are cured by drying and typically served in very paper thin slices. Manchego cheese is a sheep milk cheese. When I sliced it it reminded me a log of shaved parmesan, and it melted beautifully. 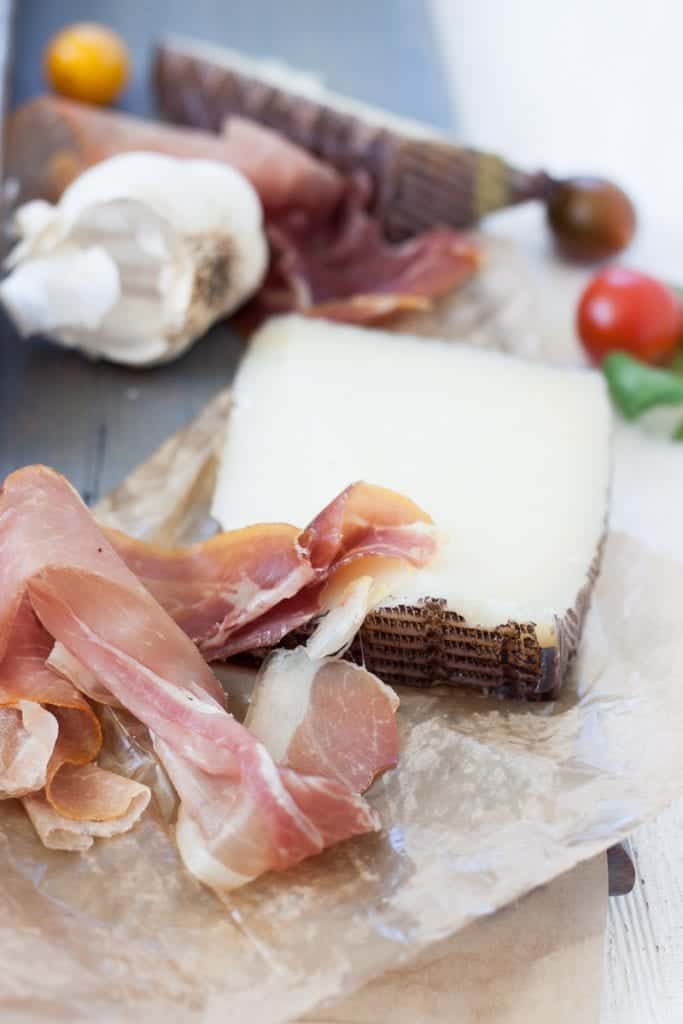 I started by first making a Spanish style bruschetta, so that the tomatoes, garlic and other ingredients flavors can soak and merry together.

Then, I grilled a slices of crusty buttery bread.

If you choose, you could layer on a nice pesto, mayo or marinara first. I chose to leave it plain, but depending on your taste and any guest you will be serving there is always room to tweak this recipe!

Layer serrano ham, then lots of white, flakey manchego cheese. Top with loads of bruschetta and broil just until cheese is melted. 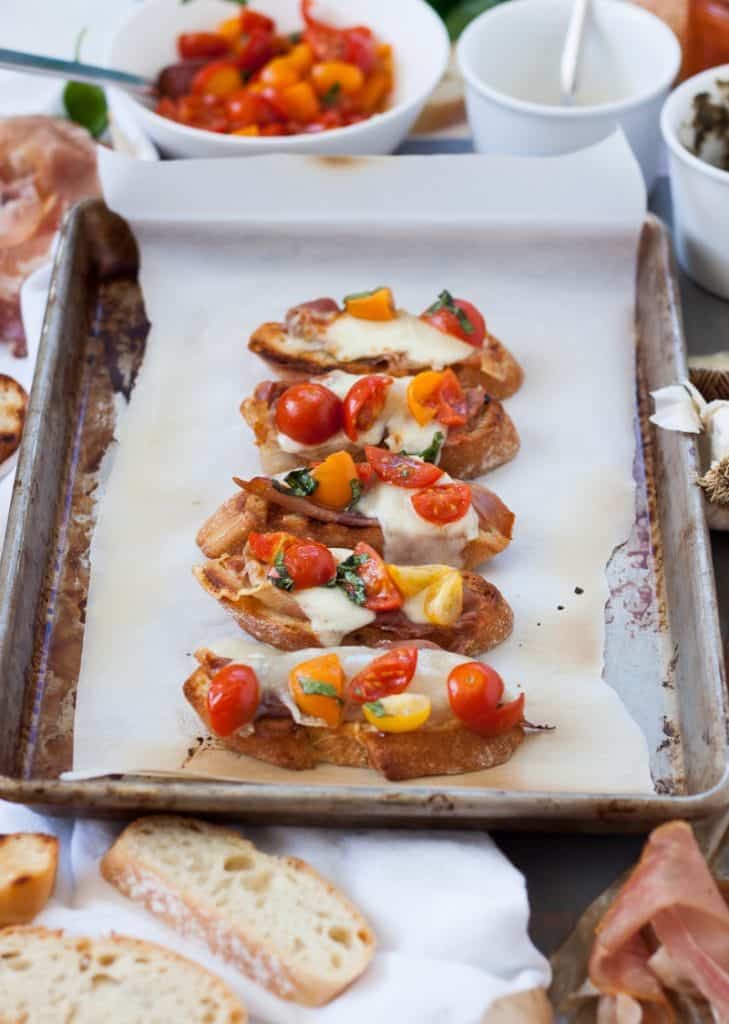 The tomatoes and its sauce will sink into the cheese and warm bread while you also bite into a savory salty ham and the crunchy crust. It's all quite heavenly. Appetizer anyone?

Now head over to the Taste of Spain site and make a full Spanish spread for all your friends. It's amazing to explore other cultures and food! No one will go home hungry! They will leave full and so happy. 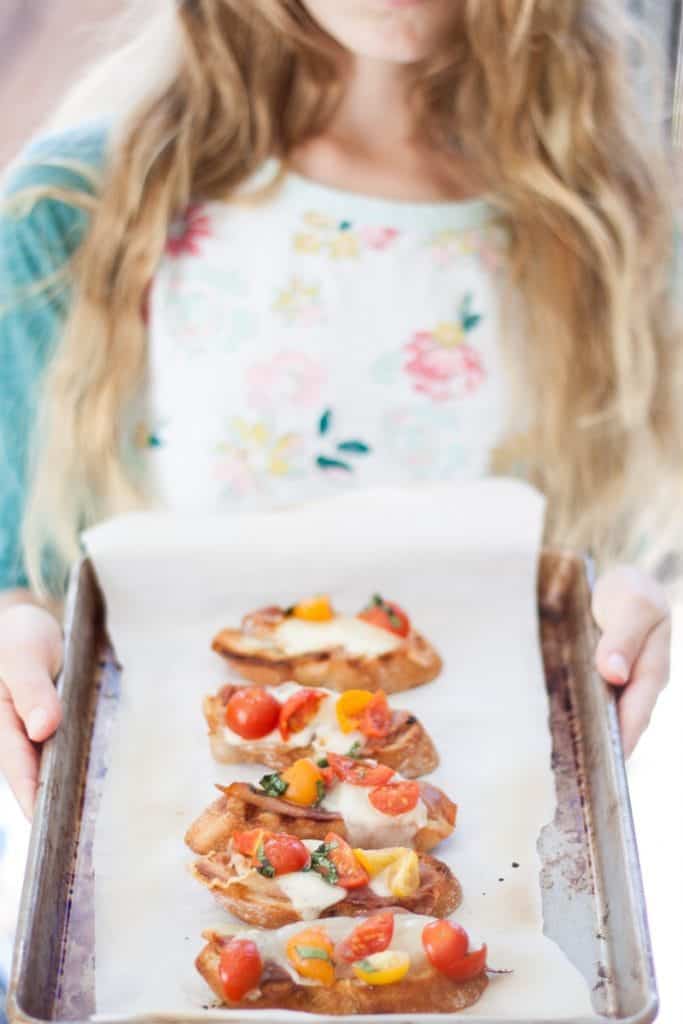 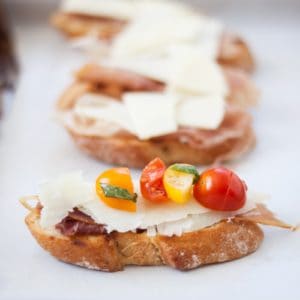 @RalphsGrocery provided me with a gift card in exchange for a mention, but all opinions expressed here are my own. #lovemyralphs #tasteofspain