As if we all needed another gooey, drippy, salty, crunchy, dense nugget of joy during this holiday season, I have just one more teeny tiny little recipe for you. And I'm not even sorry. 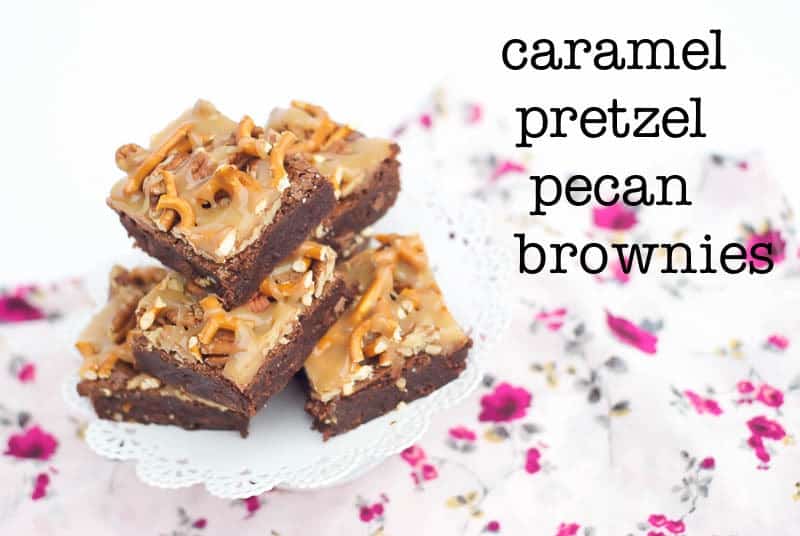 Use a boxed brownie mix, I won't even tell. Those things are seriously amazing. I love the Ghiradelli Triple Chocolate mix, with chunks of chocolate in the batter. Bake them up all nice and brownie-like. Please do not overbake your brownies! That's the fastest way to ruin them. They will appear underdone, but cool to doneness. A little gooey brownie never hurt anyone. Just chill them before cutting and wipe your sharp knife clean between cuts so you get smooth lines. 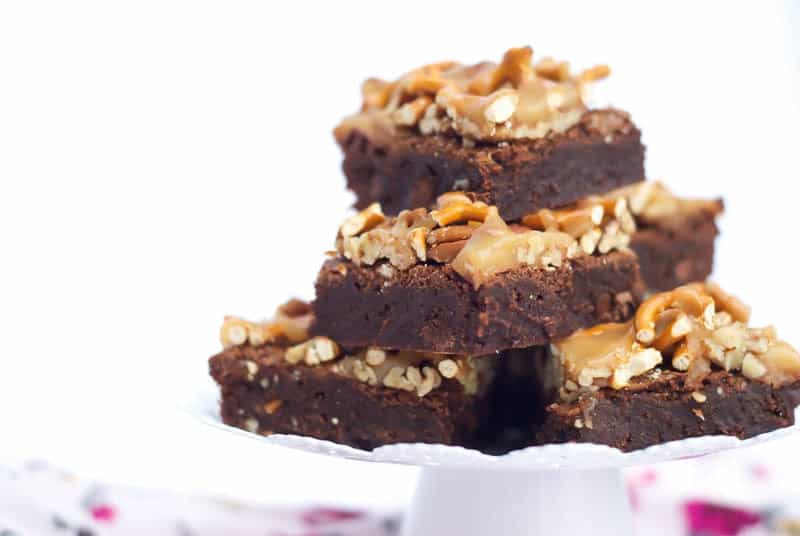 Cook up a batch of our caramel, and just slightly undercook it. I made a half-batch, and had enough for the brownies as well as an 8x8 pan of caramels (to which some I added pecans and some sprinkled cinnamon and salt). But because I had slightly undercooked it, the caramels were very soft and best kept refrigerated (them being chilled also made cutting and wrapping them much easier). My husband prefers them this way, so it wasn't an issue. If you'd prefer non-chilled caramels, you could save the sauce in a mason jar with a lid in the refrigerator for ice cream, hot cider, pancakes, spoonfuls late a night, its whatevs. 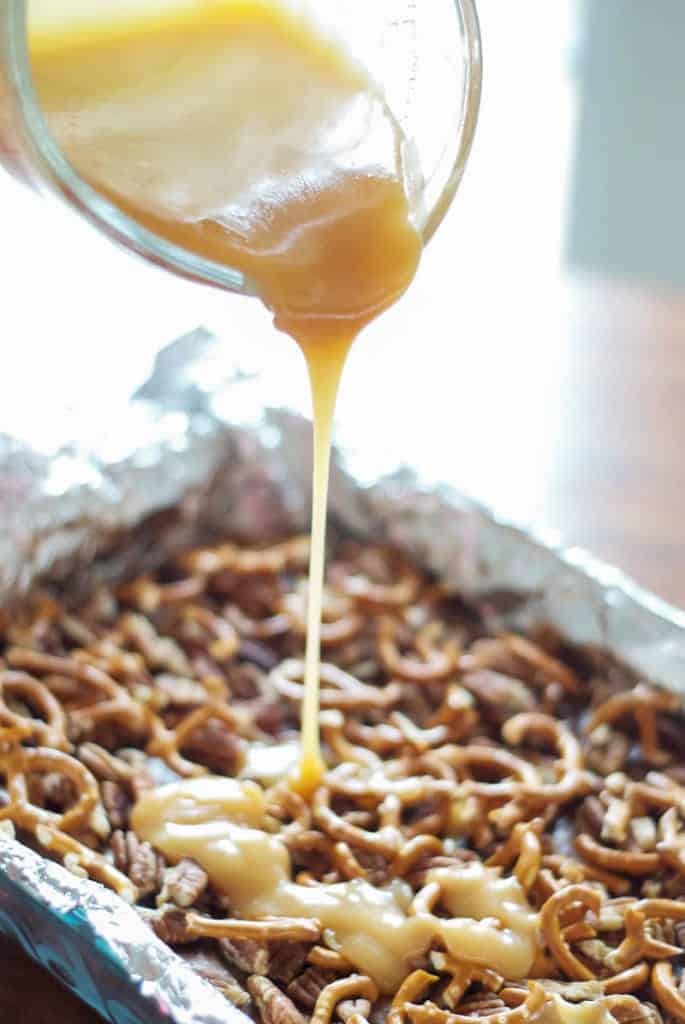 In addition to chilled brownies, this is also much easier done if you line your brownie pan: either foil or parchment paper. 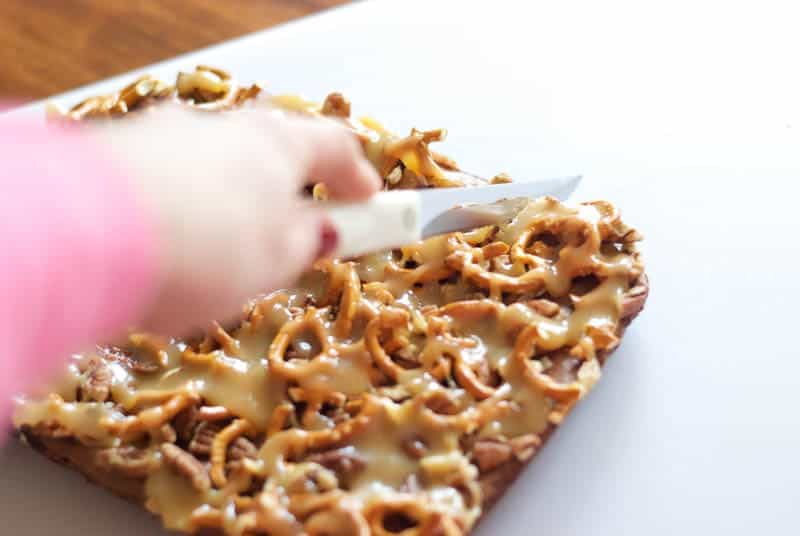 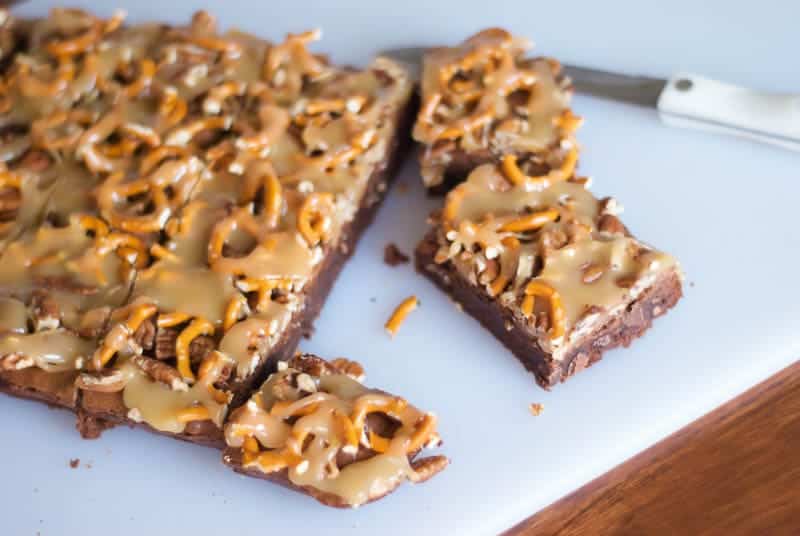 Perfect for your next holiday party, wrapping up and giving away, leaving out for Santa... 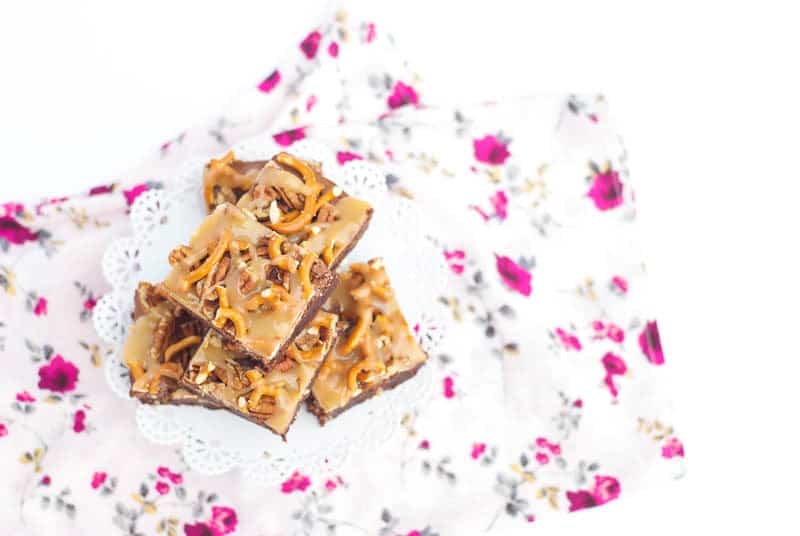 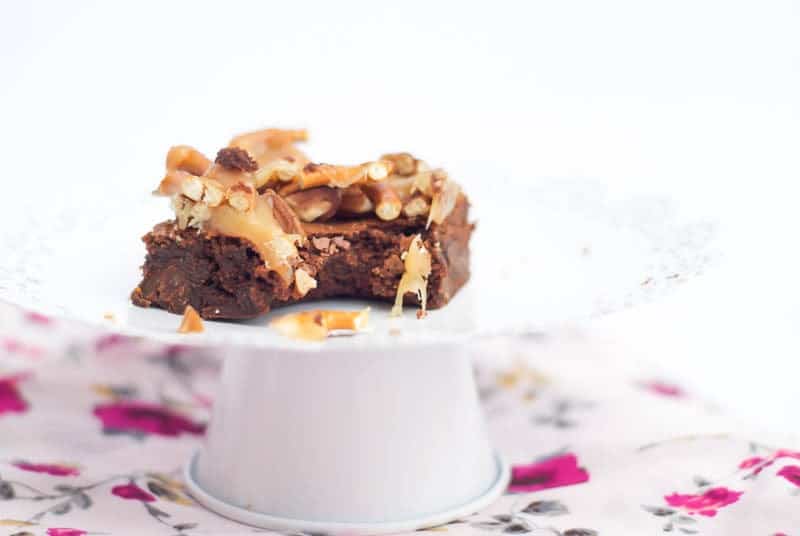 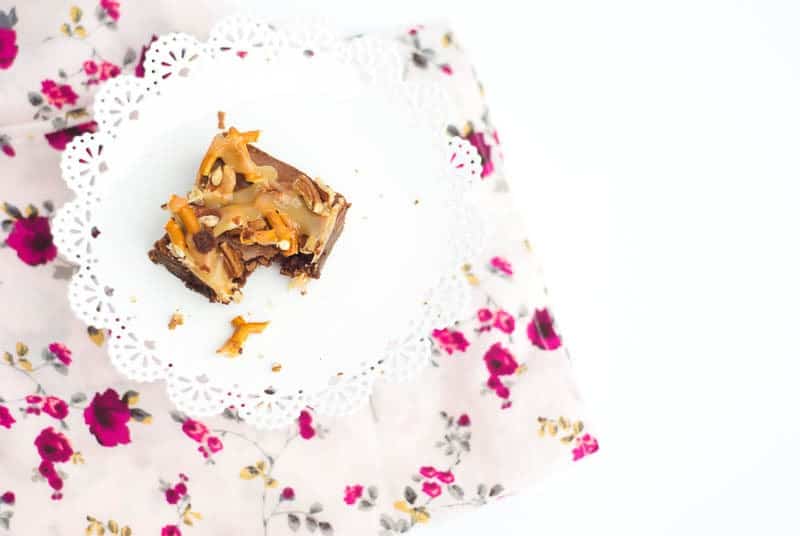 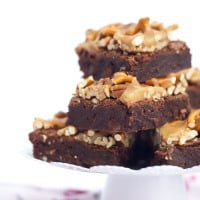